SELF STORAGE – Where did it all begin?

SELF STORAGE – Where did it all begin?

Self storage is an industry in which storage space is rented to both domestic and commercial customers. Today it’s primarily a United States industry, but where and when did it all start? We started searching the net to see if we could find out…

According to storage legend the birthplace of self storage was in what is now Xi’an, China, Asia’s great old trade route. Today Xi’an is celebrated as one of the four great ancient capitals of China. However 6,000 years ago it wasn’t a very big deal. It was the Neolithic period otherwise known as the last part of The Stone Age. The people farmed, kept animals, and created pottery and jewellery. Of course with the development of these skills and the various objects they produced came the subsequent ownership of valuables. 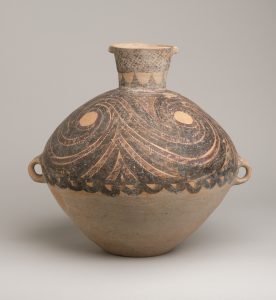 Xi’an pottery from the Neolithic period 4000BC

Unfortunately, like today, in 4,000 B.C. Xi’an, it was not wise to leave one’s valuables lying around unattended, and it was this fact that inspired the world’s first storage facility.

It’s widely believed that a man named Xiang Lau opened the first storage facility when his mud hut became overcrowded with the prized bones of his enemies and his impressive collection of pots was being coveted by his neighbours. He secretly enjoyed keeping them in his man cave to gloat to all his friends, but there was always the fear they’d get stolen. Ultimately, it was his wife who demanded he remove them after she kept tripping over them.

Xiang Lau came up with an idea. He crafted large clay pots in which to place his objects of value and then he dug underground pits in which to lower the pots. He paid guards in food and water to watch over the sites and ensure that the pots and their contents were safe from thieves. Before long other ornament-owners were using Xiang’s new service to store their own treasured objects. Xiang was in business. 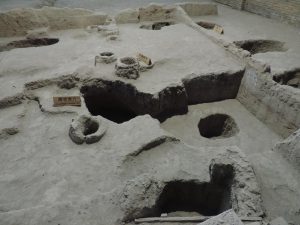 He was obviously a quick-minded business man too, offering deals, such as a ‘free ox rental’ when renting a storage unit!

Six thousand years later all that has fundamentally changed is technology. Instead of storage pots we have steel storage containers, and our modern-day security guards use surveillance cameras and alarm systems in place of sticks and spears.

Ok, so this is an undocumented tale, but the odds are that an overcrowded living space and a bickering couple may well have led to the birth of ancient storage.

If your home or office is needing some attention or your other half is tripping over your stuff give anglia self storage a call. We are able to help 😉

Share on...
This entry was posted in Uncategorized. Bookmark the permalink. 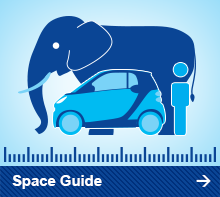